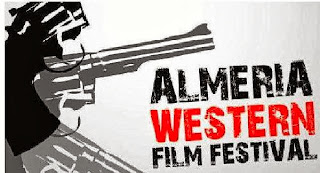 Started in 2011, the AWFF is twofold. On the one hand, it promotes the cultural value of the Western film genre through promoting the latest films made by great directors, the classics and the support of professionals in this industry’s film world.

In addition, the festival promotes tourism and environmental value in Tabernas, thanks to its natural settings, it’s the point on the map in which hundreds of movies were filmed the mythical genre in 1960s and 1970s.

The festival also features the sponsorship of the Government of Andalusia, Andalusia Tourism and Almería City Council, which will make known to all the film and tourism possibilities of Tabernas and the entire area of the region.

In its third edition, the AWFF re-affirms, therefore, its position as the first Western European festival, with a more comprehensive program and directed to an increasingly wide audience, of the young and enthusiastic fan, with special sessions devoted to children, more movies, more surprises and more activities.

The festival will award a special jury prize, the audience award, and an honorary award. All information about the event can be found on the web www.almeriawestern.es.