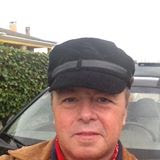 Fredy Arco was born in Madrid, Spain on September 6, 1958. A child actor, he was billed as Nino del Arco and was highlighted in several film productions made ​​in Spain and Mexico during the 1960s and 1970s, and is best remembered for his role as Jesus in the movie "A Fistful of Dollars" (1964) directed by Sergio Leone.

He went on to appear in other films in his native Spain and Mexico and was contracted to act alongside Juliancito Bravo in the film the “Gran Aventura” (1969), this film had great success in Mexico where Fredy had his greatest fame. After appearing as a guest in the 1994 Spanish TV series “Los ladrones van a la oficina” he retired from the industry. Since then he’s achieved a law degree and practices his profession as a lawyer. Fredy has recently revealed he is suffering from severe pulmonary hypertension.