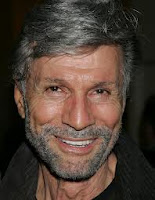 George Maharias was born on September 1, 1928 in Astoria, New York. He was one of seven children born to Greek immigrants in Astoria, Queens. Although his father was in the restaurant business, George had early ambitions to be a professional singer. After injuring his vocal cords through overuse, he switched to acting. He attended Flushing High School and served in the United States Marine Corps for 18 months.

Now using the name George Maharis, he studied at the Actors Studio and appeared in Off-Broadway productions of Jean Genet's Deathwatch and Edward Albee's The Zoo Story. He appeared on Studio One, Kraft Television Theater, Goodyear Television Playhouse, Stirling Silliphant's Naked City and Otto Preminger's Exodus, and in the soap opera Search for Tomorrow as Bud Gardner, one of Joanne Gardner's relatives who married Janet Bergman Collins.

In 1960, Maharis appeared as Buz Murdock in the popular TV series Route 66, which co-starred Martin Milner. He received an Emmy nomination in 1962 for his continuing performance as Buz. Maharis departed without completing his third season on the series, which saw him with health problems, including hepatitis. He would go on to appear in guest roles on such TV series as ‘Mission Impossible’, ‘Fantasy Island’, ‘Kojak’, ‘McMillan & Wife’, ‘Barnaby Jones’, ‘Police Story’, ‘Switch’, ‘Cannon’, ‘Night Gallery’, and ‘The Bionic Woman’, as well as ‘Murder, She Wrote’ in 1990.

George appeared in two Euro-westerns : “The Desperados!’ as Jacob Galt and “Land Raiders’ (both 1969) as Paul Cardenas.