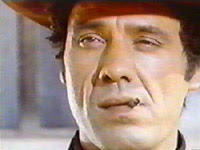 Franco Franchi was born (Francesco Benenato) on September18, 1928 in Palermo, Sicily, Italy. He began with small funny performances in the streets using the nickname Ciccio Ferraù. In 1955 he and Ciccio Ingrassia formed a comedy team and acted in low-class stage shows until they were discovered by the movie director Mario Mattoli who gave them two bit parts in "Appuntamento a Ischia" alongside the singer and actor Domenico Modugno. Modugno used them in an important stage performance in the musical comedy "Rinaldo in campo". Franchi & Ingrassia's specialties were low budget, quickly turned movies: twelve of their films were made in one year, one in four Sundays. Their careers really took off in the 1960s. Franco starred in a few dramatic roles such as Luigi Comencini's “Adventures of Pinocchio” (1972), in which they paired memorably as the Fox and the Cat and in the film “Due Marines e un Generale” (1966), with Buster Keaton. Franchi appeared in eleven Euro-westerns from: “Two Mafiamen in the Wild West” (1964) to “Grandson of Zorro” (1975).

Franchi is the father of actor Massimo Franchi [1965- ]. Franco died in Rome, Italy on December 9, 1992. Today we remember Franco Franchi on what would have been his 85th birthday.