Who Are Those Guys - Francisco 'Paco' Benlloch 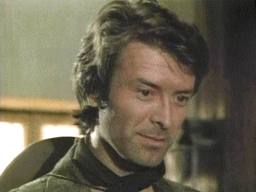 Francisco ‘Paco’ Benlloch is another one of those long list unknown European actors. He was apparently a Spanish character actor born in the late 1940s or early 1950s. He appeared in half a dozen films in the late 1970s and two TV series and then disappeared. Sometimes credited as Francis Benlloch or Paco Belloch he appeared in only one Euro-western “China 9, Liberty 37” (1978) as Warren Oates’ character’s brother Virgil Sebanek.

Thanks to a lead from Fatman I was able to find out that Paco is acting on stage in various productions in Madrid. Nice to know he's still with us.