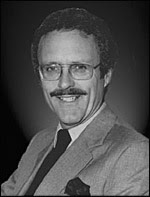 Producer Jake Eberts died Thursday September 6, 2012. Eberts was founder and chief executive officer of Goldcrest Films, the company that brought much prestige to British films in the 1980s, with such Oscar triumphs as “Chariots of Fire” (1981) and “Gandhi” (1982). A graduate of Harvard Business School with no particular interest in film until he became involved in raising money for the animated film version of “Watership Down” (1978), he became engrossed in the development of projects by major filmmakers. This latter was important to him: he cannot be said to have promoted the careers of unknowns, but under his leadership such filmmakers as Richard Attenborough, David Puttnam and John Boorman received the kind of support from Goldcrest that is not common in post-studio decades.


Born John David Eberts on July 10, 1941, he resigned from Goldcrest in 1984 but returned in late 1985 at the invitation of its board to try (vainly) to rescue it financially, and resigned again in 1987. Since then he worked for Allied Filmmakers, functioning as producer or executive producer on some of its films. In 1990, he co-authored (with Terry Ilott), “My Indecision Is Final”, an absorbing account of his Goldcrest years, emerging as a man of probity, with a taste for quality film production.

Eberts was the producer on the Euro-western “Grey Owl” (1999) starring Pierce Brosnan and directed by Richard Attenborough.