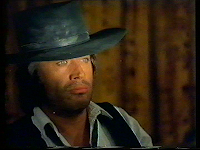 Fahrettin Cüreklibatır was born on September 7, 1937 in the village of Gökçeoğlu of Alpu district in Eskişehir, Turkey. After graduation from the university as a physician, Fahrettin Cüreklibatır married his classmate Güler Mocan in 1965. In 1966, their daughter Filiz was born. However, the marriage did not last long due to Fahrettin's newly beginning career as a film actor.


In 1968, he took the screen name Cüneyt Arkın, met Betül Işıl [1946- ], a blonde girl from a wealthy family that owned a tile manufacturing company. Işıl, a graduate of a university in Switzerland was working as a flight attendant at the time. They got engaged in 1969 and on June 22 the following year, the couple got married. The togetherness ended soon after, and the couple would divorce the next year. She could not stand the difficulties associated with her husband's lifestyle as a celebrity. After a couple of months following the divorce, Cüneyt Arkın began drinking heavily due to his separation. As he wanted to remarry her, Betül asked him to stop drinking. The couple re-married soon after. Betül gave birth to two sons, Murat [197- ] and Kaan Polat [1976- ]. Cüneyt Arkın's wife and sons have starred in some movies with him as well.

He is not only a doctor of medicine, but also a renowned martial artist in seven different disciplines. Having starred in somewhere around 248 movies and also TV series, he is widely considered as one of the most prominent Turkish actors of all time. His movies shown abroad featured him as George Arkin. His films have ranged from well-received dramas to blockbusters, throughout his career.

His most notable movies are historical dramas, taking place during the first centuries of the Ottoman Empire and Anatolian Seljuks. “Malkoçoğlu Cem Sultan” and “Battal Gaziare” are
good examples of his movies. While gaining success with such action-based films, he also took part in political films in the late 1970s, the most famous of those being The Adam Trilogy directed by Remzi Aydın Jöntürk.

Although it is one of his the poorest quality films, he became known abroad for the movie “Dünyayı Kurtaran Adam” (“The Man Who Saves The World” aka known as Turkish Star Wars), an extremely low-budget science fiction tentatively famous for featuring bootlegged scenes from Star Wars. Today, despite being a B movie, it has a huge cult following.

On the set, Arkin was well known to perform many incredible feats of his martial arts combat skills, such as jumping on trampolines and splitting papier-mâché boulders with his fists. In one incident, an extra was harmed when he got into an argument with him over the validity of his martial arts abilities. The two sparred but the fight ended quickly when Arkin kicked him hard in the kneecap of his left leg, instantly causing the leg to buckle in the opposite direction. Later on, Arkin felt very bad for what he had done and paid a visit to the man in the hospital to apologize.

Arkin has appeared in over 275 films and TV appearances among which was his only Euro-western “Cowboy Kid” (1972) and billed as George Arkin. His last film was “Çilgin dersane kampta” (2008). He has also written and directed and produced films.