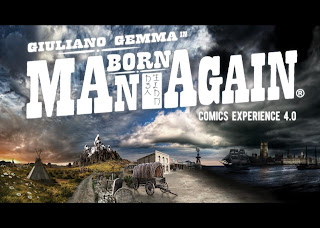 Giuliano Gemma, the Italian film actor who has achieved success thanks to the Spaghetti Western genre, will be the face of the protagonist of the animated cartoon Man Born Again created by Eclypsed Word, which tells the story of the American Indians. The project 'was presented this September in Florence on the occasion of the exhibition” New Worlds, Ancient cultures, Sioux Wolakota 2012” at the Palazzo Medici Riccardi dedicated to authentic relics of the indigenous peoples of the Great Plains (Lakota Sioux and Cheyenne). 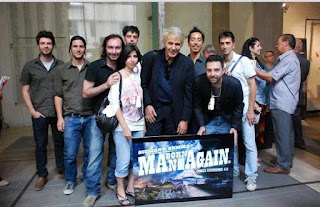 '' I've played Tex Willer, said Gemma, in a movie and I am very fond of cartoons and the history of the American Indians. I respect their history. Now my face will be used as the protagonist of a cartoon that tells the story of a European on a long journey and enriches my film career.''

The cartoon tells the story of a man from the western Europe in three different seasons who tries to imagine the different ways he can develop a relationship between the white man and the American Indians. Gemma said, “I worked a year with the boys of the production team and I must say they did a great job. My face, was rejuvenated and even with the same scar, it is very close to reality” We have researched, explained the creators of the cartoon, historical and anthropological sources to reconstruct the history that goes from 1870 to 1875. Then we put it in a fictional context, of an animated cartoon. The work will be published online just like a television series divided into three seasons, each of which will focus on the Italian actor Giuliano Gemma who is the main character. With regard to the Italian cinema Gemma added, “There are many good actors and directors in Italy and raw material is not lacking, but the Government should give them a chance to make films regardless of their politics to which I no longer believe. I'm not going to vote for two years and I hope that many others like me will do it to show that you have to have a change of policy”