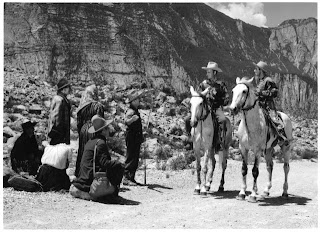 Rock City is a small town in Nebraska, near the border of Kansas, where mining is the primary activity in the region. The surroundings hills are infested with outlaws that have to be dealt with by Sheriff Preston. This gentleman-sheriff, although a skilled gunman, rather than shooting, always tries to intimidate and disarm his opponents with cunning strategy. Preston is supported by the optimistic Joe Bapee, a former stable boy, and often collaborates with Uncle Gary, a good old man, and Dick, his grandson. Around the mining interests are also all sorts of organized scams, but Preston, aided by his friends exposes those responsible.