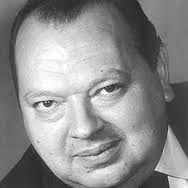 Leon Aschkenasy was born into a Jewish family on September 18, 1907 in Vienna, Austria. As Leon Askin, he was best known for playing 'General Albert Burkhalter' in the 1960s classic television series, "Hogan’s Heroes." He started his career as a nine year-old boy reciting a 17-stanza eulogy for Emperor Francis Joseph in front of the city hall of Vienna's ninth district. He went on to work as a cabaret artist in the 1930s. He would then have to flee to France, and later to the United States to escape persecution by the Nazis. He would even serve in the U.S. Army during World War II. In 1938 he met Erwin Piscator, the founder of the school of Epic Realism, and worked with him for the next 30 years. He would usually be cast as the "funny villain." His biggest American film was staring opposite James Cagney and Arlene Francis in Billy Wilder's "One, Two, Three." (1961) His other film roles include "The Maltese Bippy." (1969), "Hammersmith Is Out" in (1972) costarring Elizabeth Taylor and Richard Burton, and "Airplane II: The Sequel." (1982). The Majority of his work was in foreign films, and on Broadway including his only Euro-western “Guns for San Sebastian” (1967) with Anthony Quinn and Charles Bronson, but he will always remembered as the General who always threatened to send Col. Klink to the eastern front on "Hogan's Heroes." Askin died on June 3, 2005 at the age of 98. Today we remember Leon Askin on what would have been his 105th birthday.