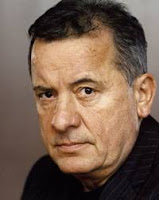 Harald Zöttl was born in Biberach an der Riß, Germany on September 27, 1947. As Harry Baer he began his career in Munich when he joined the Action Theatre, a theatrical experimental group that later regrouped as the Antitheather under the leadership of Rainer Werner Fassbinder. He made his debut in Fassbinder's play Katzelmacher and had his first movie role in Fassbinder's film adaptation. He had two starring roles in “Götter der Pest” (Gods of the Plague) (1970) and “Wildwechsel” (Jail Bait) (1973), both directed by Fassbinder. During this early period of his career he also had a leading role in director Hans-Jürgen Syberberg’s film Ludwig – “Requiem für einen jungfräulichen König” (Requiem for a Virgin King) (1972), in which he played the title role, King Ludwig II of Bavaria.

In the mid-1970s Harry Baer and Fassbinder had a professional and personal split that lasted until Fassbinder called him back in 1978 to work as his assistant director on “Die Ehe der Maria Braun” (The Marriage of Maria Braun).

Baer played small roles in many of Fassbinder's movies and was his production manager and assistant director for many films including Fassbinder's last: “Querelle” (1982). Beyond their professional relation, Harry Baer was one of Fassbinder's closest friends. He was the last person that talked to the director before Fassbinder’s body was found. Baer wrote a book about his life and times with Fassbinder: I can sleep when I'm dead: The breathless life of Rainer Werner Fassbinder (originally, Schlafen kann ich, wenn ich tot bin. Das atemlose Leben des Rainer Werner Fassbinder) Kiepenheuer & Witsch, Köln 1990, ISBN 3-462-02055-2.

After Fassbinder's death Baer acted in movies by Mika Kaurismäki, Werner Schroeter, Jeanine Meerapfel, and Bernhard Sinkel, Doris Dörrie among others. He has also worked as a production manager on a number of film productions and is a member of the German Film Academy.