Let’s visit some of the locations where the film “Per il gusto di uccidere” (“A Taste for Killing”) 1966 was filmed. Craig Hill plays a bounty hunter who uses a long range scope attached to his high powered rifle to bring down outlaws for their reward. He witnesses crimes being committed but always waits until the crime is committed to eliminate the outlaws and retrieve the stolen cash and return it to the banks for a cash reward and bounties.

We watch as he follows a gang of outlaws led by Sanchez (Fernando Sancho) who stop a military convoy and massacre the soldiers in order to take their clothes and play their parts in order to steal a large cash box waiting in Omaka. This massacre was filmed in Rambla Lanujar which is located near Mini Hollywood outside Almeria along highway N-340. 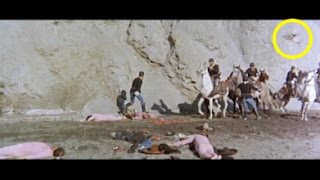 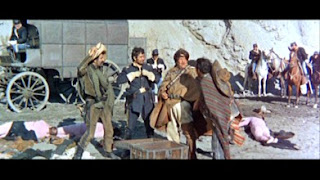