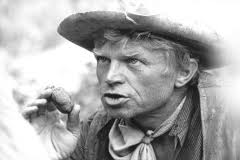 Potato Fritz and his friends have moved from Germany to the American Wild West in 1850, settling eventually in the Rocky Mountains. They are besieged by what appear to them to be hostile Native Americans. Before too long, it becomes clear that the hostiles are in fact a gang of gold thieves. Fritz and his friends then set out with the help of soldiers from nearby Fort Lane to put an end to the organized gangsters.

[Asked about his remembrances of the film my friend Dan van Husen replied, “The director Peter Schamoni asked me to drive his new big BMW limo to Madrid and after 6 weeks to drive it back again. I really enjoyed that, I love big cars. We all went to the football games at the Real Madrid stadium as Paul Breitner was one of our guest stars, was a great footballer (soccer player). Stephen Boyd did not look well, David Hess, Arthur Brauss, Anton Diffring and I had a good time.”]