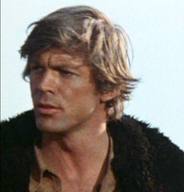 Charles Allen Southwood was born in Los Angeles, California on August 30, 1937. He moved to Oregon in 1945 and later attended Oregon State University as a Philosophy Major. After college he decided to see the world and went to Lyon, France where he worked as a dock worker. Later he worked as an Auto Insurance Executive from 1964-1966 selling insurance to American GI’s stationed in Europe. While in France he became interested in acting and his first experience with film work was as a stand-in for Lex Barker in “Woman Times Seven” (1966) starring Shirley MacLaine. This led him to a role in a French TV film “The Battle of Hastings”. He was spotted and signed by an agent who got him a role in his first film role in “The Stranger Who Made the Sign of the Cross” (1967) a Euro-western directed by Demofilo Fidani. He then participated in four more Euro-westerns before his last film appearance in 1981’s “Documenteur” directed by Agnes Varda. Returning home to the United States, Charles founded Death Tobacco Company which produced the cigarettes of the same name. He later worked as a private research physicist in Grants Pass, Oregon where he died on April 8, 2009.Today we remember Charles Southwood on what would have been his 75th birthday.