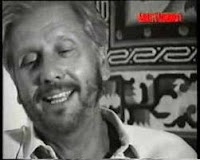 Luigi Montefiori on August 16, 1942 in Genoa, Italy. Rumor has it that, in his youth, he practiced the sport of wrestling and studied art in his home town. In 1966 he moved to Rome and began taking acting lessons. His first roles were in numerous “Spaghetti Westerns”, for which he adopted his chosen pseudonym George Eastman. With his height of 6’7’ and a full beard, his trademark, he made the ideal movie villain which he continued to portrait in various Thrillers, Fantasy and Apocalyptic movies of the time. He became well known for his participation with Aristide Massaccesi (aka Joe D’Amato), for whom he not only worked as an actor but also as a scriptwriter. Some of his lesser known appearances were in Fellinis “Satyricon” (1969) or Kirk Douglas’ “Scalawag” (1973) and he also spent time on screen with Charlton Heston in the epic adventure movie “Call of the Wild” (1972). His directorial debut was in “DNA: Formula Letane” (1990). Since then he has mainly worked as a scriptwriter and actor for Italian Television. His last role to date was in the Italian comedy “La rivincita di Natale” (2004) and most recently he penned the script for the TV production of “Il cuore nel pozzo” (2005). Eastman is married to the equally well known actress Laura Gemser (Moira Chen) [1950- ] and they live in Rome. During his career Eastman has appeared in 18 Euro-westerns from “Django Shoots First” (1966) to “Keoma” (1976) which he also helped co-write. Today we celebrate George Eastman’s 70th birthday.