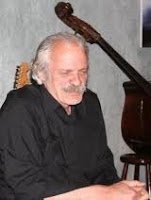 Born Xiros Andros  on August 17, 1937 in Patrasso, Achaea, Greece. He’s known to most moviegoers as  Spiros Focás.  Spiros has been an actor in a career which has extended for over a half-century. He has appeared in over two hundred films such as “The Jewel of the Nile” (1985), “Rambo III” (1988),” and also many television series appearances. Focás made his initial screen appearances at the age of 22, when he acted in four films produced in 1959. Among the directors for whom he worked are Luchino Visconti, Vincente Minnelli and Ferdinando Baldi. In 2011 he appeared in “Lords of Magic” and “The Family Inheritance” released in 2012. Focás appeared in Euro-westerns from “Hate Your Neighbor” (1968) using the alias Clyde Garner and “Zorro in the Court of England” (1971). Today we celebrate Spiros Focás’ 75th birthday.