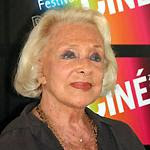 Micheline Nicole Julia Emilienne Chassagne was born in Paris, France on August 22, 1922. Known as Micheline Presle, she made her screen debut in 1937. She had small roles in Pierre Caron's “La Fessée” (1937), Jean de Limur's “Petite peste” (1938), and Christian Stengel's “Je Chante” (1938) before being "discovered" by director Georg Wilhelm Pabst, who cast her in a leading role in his film “Jeunes filles en détresse” (1939). Presle went on to appear in more than one hundred films after that, including films on both sides of the Atlantic. She has also worked extensively in television. She is one of the most prolific actresses ever to have worked in French cinema.