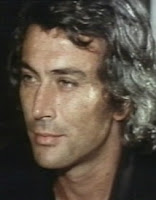 Actor Andrés Resino dies, the villain of 'The Super'

Actor Andrés Resino, who became very popular for his role as the villain in the TV series 'The Super', has died at dawn on Sunday March 13, 2011 at the age of 70 as a result of cancer.

Andrés Resino Fernández, was born in Toledo, Spain on November 6, 1940 in Toledo, Spain, and died yesterday March 13 at the clinic in Santa Cruz Mompia Bezana (Cantabria),Spain. Resino was married to actress Eva León [1948- ] from 1962-1972 and is the father of producer, assistant director, actress Mercedes Resino.

Andrés became very popular at the end of his career for his role in 'The Super', the renowned series of Telecinco in which he portrayed the evil character Alfonso Torres from 1996 to 1999.

However, the actor was also linked to other projects on small screen productions such as “Agente 700", “Canguros”, “Hermanos de leche” and “El a auténtico Ridrigo Leal” among others. Resino majored in Political Sciense at the Escuela Oficial de Interpretación. He appeared in such films as "Días de viejo color", "La noche de Walpurgis", "La cólera del viento" (aka "Trinity Sees Red"), by Mario Camus, "Aunque la hormona se vista de seda" and "Los amantes de la isla del Diablo". Resino also had a long theater career debuting in 1975.
Posted by Tom B. at 11:37 AM