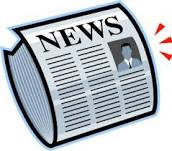 The First Los Angeles Spaghetti Western Festival is delighted to announce that David Frangioni, author of "Clint Eastwood Icon - The Essential Art Collection," will appear at the festival for a book signing from 6:30 p.m. - 7:15 p.m. David will also introduce the screening of "A Fistful of Dollars" at 3:15 p.m. and discuss his experience working on his book.

David’s book presents the fantastic collection of film art surrounding Clint Eastwood’s career. He has included poster art, lobby cards, studio ads and film memorabilia from around the globe. Starting from Clint’s early roles as The Man With No Name in Leone’s westerns to his vigilante Dirty Harry movies of the 1970s and 1980s and his directorial releases. His collection captures the powerful presence Eastwood who became one of America’s greatest screen heroes. The book includes over 400 pieces of art work surrounding Clint’s career and the change in poster and film art from Clint’s lead appearances in 1959 to his latest directorial work. For any Clint Eastwood fan David’s book is a must.

David is the recipient of over 65 gold and platinum albums as technical consultant, engineer, and/or programmer since 1987. He has been featured hundreds of times in magazines worldwide and moderates an Internet music technology forum that numbers in the millions of monthly readers. He has served as "Aerosmith’s in-house engineer for their records "Get a Grip," "Big Ones," "South of Sanity," and "Nine Lives." An interesting tidbit is that David even assisted in the sound design of their arcade video game and Universal Theme Park Ride! In 2003/2004, he gained worldwide notoriety as the official technologist for "The Osbournes" and appeared in multiple episodes of their hit MTV show. Ozzy even jokingly referred to David as "The Rocket Man, only happy when he has a fuse box in his hands!" David has always has been on the leading edge of technology and we are delighted that he will be with us.