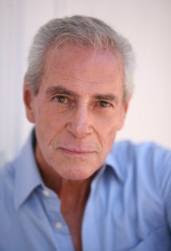 Robert Woods was born in Denver, Colorado. Raised on a ranch, Woods left his adopted home as a teenager and spent time in the Navy, college and working as a singer and bit part actor before winding up in New York, at the ripe old age of 21, doing theater and singing with a Drag performer in a cabaret. An opportunity to do a film with Otto Preminger sparked him to go to Europe where he settled in Paris working in a dubbing studio, modeling for Pierre Cardin and doing plays at the American Theatre on the Quay D’Orsay. It was while appearing in a Chekhov play in Paris that he was spotted by Spanish producer/director Alfonso Balcazar and offered a contract to make a western at his newly built studios Espuglus City in Barcelona. Woods turned him down at first but when Balcazar returned with a contract for five movies he couldn’t resist and so began a love affair with European cinema that lasted 14 years and made Woods’ name synonymous with the spaghetti western. Woods would go on to appear in 20 Spaghetti westerns: “$5,00 on the Ace”, “The Man from Canyon City”, “$4.00 of Revenge”, all in 1965. “7 Guns for the MacGregors” (1966), “My Name is Pecos” (1967), “Pecos Cleans Up”, “Pray to God and Dig Your Grave”, “The Belle Starr Story”, “Starblack”, “Gatling Gun” (which will be screened) all in 1968. “”El Puro” (1969), “Amen” (1970), “Mallory Must Not Die”, “4 Candles for My Colt” (1972), “Kill the Poker Player” (1972), “6 Bounty Killers for a Massacre” (1973), Whte Fang and the Hunter”, “White Fang and the Gold Seekers” (1974) and “A Colt in the Hand of the Devil” (1975). Woods’ career as a leading man during the Spaghetti western era is a prodigious one and we are proud that Robert will be a member of our distinguished panel of Spaghetti Western participants at the 1st Los Angeles Spaghetti Western Festival on March 19th.
Posted by Tom B. at 6:42 AM