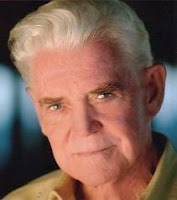 Hunt Powers (Jack Betts) is a stage, film and TV actor. Born in Miami, Florida he is a graduate of the Actors Studio which he attended at the same time as James Dean. From soap opera work on “General Hospital,” “The Guiding Light”, “The Young and the Restless”, “All My Children” and “One Life To Live,” to film work in “Spiderman”, “The Bloody Brood” and even the iconic western TV series “Gunsmoke,” Betts who was often credited as Hunt Powers, can be seen in every genre within the entertainment industry. In 1966 Hunt was offered a three picture deal by director Franco Giraldi, banking on Powers strong resemblance to Clark Gable, he flew to Rome and made his first of 10 Spaghetti westerns. In a recent interview Powers exclaimed, “I think it’s great that the Spaghetti Western is again being appreciated for what it contributed to the legend of the American cowboy. The Italians brought more blood and guts to the western genre, less romance and more action.” Hunt appeared in such Euro-westerns as “Sugar Colt” (1966), “Hallelujah for Django” (1967), “Django and Sartana are Coming... It’s the End”, “One Damned Day at Dawn... Django Meets Sartana”, “The Stranger That Kneels Beside the Shadow of a Corpse”, “The Django Story” all in 1970, “A Fistful of Death” (1971) and “Court Martial” (1974). Now known strictly as Jack Betts he’s still active in films and stage roles. Hunt will be a member of our distinguished panel of Spaghetti Western participants at the 1st Los Angeles Spaghetti Western Festival on March 19.
YouTube link http://www.youtube.com/watch?v=fauM0yAB-_M
Posted by Tom B. at 6:45 AM