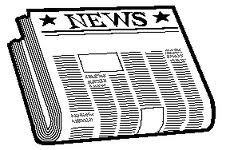 Mark Damon was born Alan Harris in Chicago, Illinois. He started his career in acting in TV’s “Meet Corliss Archer” (1954) and then began a long film career in such films as Roger Corman’s “House of Usher” (1960). He relocated to Rome and appeared in a number of Italian and Spanish productions including ten Spaghetti westerns: “Johnny Yuma”, “Death at Owell Rock”, “Kill and Pray”, “Ringo and His Golden Pistol” all in 1967, “All Out”, “Dead Men Don’t Caste Shadows”, “A Train for Durango” all in 1968, “Pistol Packin’ Preacher” (1971), “The Great Treasure Hunt” and “They Called Him Verity” both in 1972. Mark then left acting in the mid-1970s and became a world renowned film producer. We are proud that Mark will be a member of our distinguished panel of Spaghetti Western participants at the 1st Los Angeles Spaghetti Western Festival on March 19th. 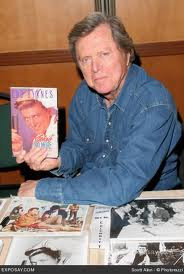 Edd Byrnes was born Edward Byrne Breitenberger in New York City. Edd who was a skilled acrobat made numerous guest appearances on 1950s TV and then became a teen idol as Kookie on the hit TV series “77 Sunset Strip” from 1958-1963. After a few more years in the U.S. Edd ventured to Rome and starred in three Spaghetti westerns: “Any Gun Can Play”, “Payment in Blood” and “Professionals for a Massacre”. Returning to the U.S. Edd continued to appear in films and television series until the turn of the century. We are proud that Edd will be a member of our distinguished panel of Spaghetti Western participants at the 1st Los Angeles Spaghetti Western Festival on March 19th.


Take a trip down memory lane and come join us and the Spaghetti Western royalty that has been assembled for one fun filled day. March 19th from 10 a.m. until 8 p.m.
Posted by Tom B. at 1:10 PM