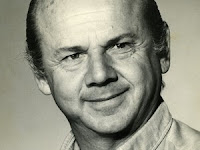 Theater veteran who was a member of the Theatre Club Quartet, Reuven Shefer passed away this morning at age 86.

The veteran theater actor, Reuven Schaffer was born in Tel Aviv in 1925 and joined the theater in the early seventies. He participated in plays "He Walked in the Fields", "Amadeus", "All My Sons", "As You Like It", "Joseph Cotton Stripes", "Merchant of Venice "and many others.

In 1957, he became a member of the Gideon Singers, with players Yaacov Ben Sira and the late Shimon Bar established the Theater Club Quartet, which continued singing and entertainment until 1967. The group was initially directed by Joseph Milo, a chamber veteran.

Later he also collaborated with Haim Hefer Dahn Ben-Amotz. Shefer wrote many songs for the quartet, including "This Panorama Street" and "Like Jaffa at Night", he appeared on stage at the Hamam Club in Jaffa.

Shefer appeared in one Euro-western "Carlos" 1971 as Tassos.

Alongside his work in the theater, he appeared in the films "Saleh Returned", "Dalia Sailors", "Arbinkea", "Canal Belaumlich", "Azit Parachuting Dog" and "Charlie and a Half." In 2004 he took part in a series of documentaries "The Jewish State of Anat Zeltzer” and “Modi Bar - On” which dealt with Israeli humor. Reuven is survived by his wife, two daughters and five grandchildren. He will be laid to rest tomorrow in Yarkon Cemetery in Tel Aviv.
Posted by Tom B. at 10:19 AM