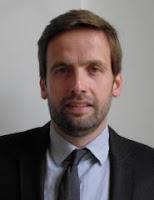 Olivier Raoux, chief designer of "La Vie en Rose" for which he won a Cesar for this contribution, has died at the age of 49 years, as a result of cardiac arrest.

A victim of cardiac arrest on the island of Mullein, where he had gone to prepare for the filming of “Seigneurs” by Olivier Dahan, the head designer Olivier Raoux died Tuesday, March 23, 2011 at age 49. Raoux was preparing to return to the director of “La Môme”, the film that earned him a César in 2008, and a British BAFTA nomination. Previously, he designed sets for numerous plays, including La Vérité si je mens 1 and 2 , Jet Set and “Rire et châtiment”. Also in the credits of “Rivières pourpres 2", Olivier Raoux was very busy since the triumph of “La Môme” and had recently worked on “Les Enfants de Trimpelbach” (with the key new appointment to Caesar in 2009), “La Rafle”, but the thriller “Proie” (in theaters next July) and the highly anticipated Marsupilami of Alain Chabat. Oliver was the production designer on the 2004 Euro-western “The Daltons”.
Posted by Tom B. at 3:46 PM