Who Are Those Singers & Musicians ~ Adriano Celentano 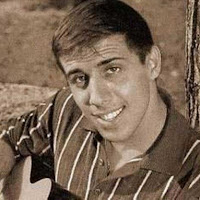 Adriano Celentano was born in Milan, Lombardy, Italy on January 6, 1938. He was heavily influenced by Elvis Presley and the 1950s rock 'n' roll scene as well as by American actor Jerry Lewis. Celentano started playing in a rock and roll band with Giorgio Gaber and Enzo Jannacci. With Gaber and Jannacci he was spotted by Jolly Records A&R Executive Ezio Leoni, who signed him to his first recording contract and co-authored with Celentano some of his greatest early hits, including "24.000 Baci", "Il Tuo Bacio e' Come un Rock", and "Si e' Spento il Sole". He first appeared on screen in Ragazzi del Juke-Box, a 1959 Italian musical film directed by Lucio Fulci with music by Ezio Leoni. In 1960, Federico Fellini cast him as a rock and roll singer in his film La Dolce Vita.

In 1962, Celentano founded the Italian record label Clan Celentano (which is still active) with many performers such as Don Backy, Ola & the Janglers, Ricky Gianco, Katty Line, Gino Santercole, Fred Bongusto and his wife Claudia Mori.

Celentano has retained his popularity in Italy for over 50 years, selling millions of records and appearing in numerous TV shows and movies. As part of his TV and movie work, he created a comic genre, with a characteristic walk and facial expressions. For the most part, his films were commercially successful; indeed, in the 1970s and part of the 1980s, his low-budget movies were top of Italian box office rankings. As an actor, critics point to Serafino (1968), directed by Pietro Germi, as his best performance.

This additional newspaper clipping was submitted by Michael Ferguson