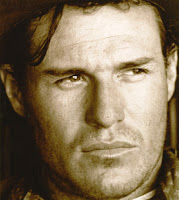 American film and TV actor Brad Johnson died of complications from COVID-19 on February 18, 2022. He was 62. The son of a horse trainer, Brad grew up with a passion and love for the outdoors, and his younger years would see him hunting and competing in rodeo whenever he had the chance," his obituary recalled. "Brad started his professional rodeo career in 1984, and the circuit would lead him to Dallas, Texas, where he would meet the love of his life, Laurie. They were married for 35 very full years. While working the rodeo circuit, he attracted the attention of commercial talent scouts and started booking work, soon becoming the Marlboro Man for a period of time. This led to an acting career in such films as“Always”, “Flight of the Intruder”, “Philadelphia Experiment II”, “The Birds II: Land's End”, “Rough Riders”, the Left Behind ‘Riverworld’ among others. Brad appeared in the 2007 U.S.A., Bulgarian television co-production ‘Copperhead’ as Wild Bill Longley.