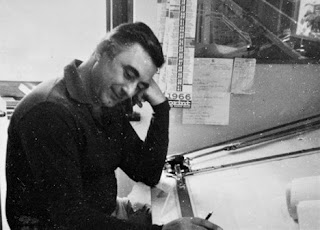 In the category of genre films of our house, the so-called Italian westerns occupy a separate and important placewhich at the time were called, with haughty accents, "spaghetti western". Therefore directors, performers and production staff had to invent exotic English-speaking names in the opening credits and posters, to compete with the originals from overseas and pass themselves off as authentic Texans. Thus Giuliano Gemma becomes Montgomery Wood, Mario Girotti Terence Hill, even Gian Maria Volonté - of theatrical extraction and who is a little ashamed of it - prefers to appear like John Wells; while Sergio Leone signs, in homage to his father director, Bob Robertson. Even an unsuspected Lina Wermüller hides her identity behind a very masculine Nathan Witch. For the occasion also the set designer of the now legendary A Fistful of Dollarshe has to simulate a Hollywood identity and transforms himself from Carlo Simi into the more persuasive Charles Simons. Thus the public was reassured: the onomastics led to believe in genuine American branded western films and not in national products destined for second-run cinemas or parish halls. With the name Charles Simons he was signed for sets and costumes also in the film “Bullets Don’t Argue”, of that same 1964, directed by Mario Caiano alias Mike Perkins.

[For a fistful of dollars posters designed by one of the masters of Italian poster design: Symeoni (alias Alessandro Simeoni). Leone hides behind the pseudonym Bob Robertson and Volonté is John Wells. The actor was even voiced by Nando Gazzolo, precisely to reinforce in the Italian viewer the belief that it was an overseas western, since Gazzolo was the voice actor of many and well-known American actors.]

The narrative structure set up by the scriptwriters and dialogists of the western Italian style has as its stylistic background and precedent what is our comic book tradition of the forties and fifties; and certainly the phenomenon would not be understandable if we did not refer to the various Capitan Miki, Grande Blek, Tex Willer, Pecos Bill, in whose epic heroism and cowardice amalgamate, picaresque situations and farce, jokes and irreverent irony. Even the cut of the shots recalls that of the strips of designers such as Sinchetto, Guzzon and Sartoris. 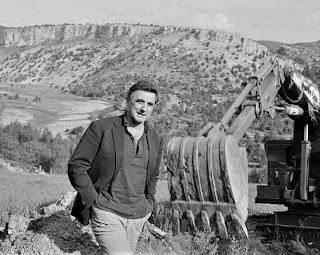 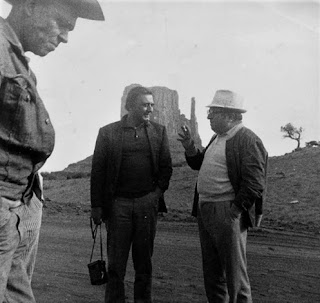 [Carlo Simi in Almeria (Spain) and on an American trip with Sergio Leone in Monument Valley for Once upon a time in the West. The Andalusian region of Almeria will be the ideal backdrop for all the westerns of Leone and many other Italian directors of the genre. His fame had grown internationally thanks to the fact the exteriors of "Lawrence of Arabia" and "Cleopatra" were shot there.] 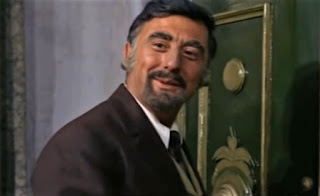 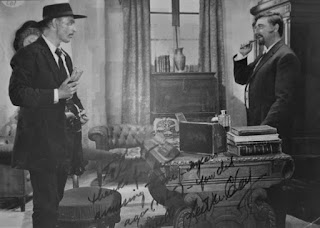 [Carlo Simi in the film “For A Few Dollars More” as the El Paso banker, opposite Lee Van Cleef.]

Born in Viareggio (Lucca) on 7 November 1924 Simi, an architect by profession, embarks on the road of cinema in Rome in 1961 as an interior designer in the film “Romolo e Remo”, alongside the set designer Saverio D'Eugenio. On the occasion he meets Sergio Leone who in that film had participated in the drafting of the subject and screenplay, written by several hands (with De Concini, Corbucci, Tessari), and who will change his career as a set designer and costume designer. After the parody The shortest day , from 1963, signed by Sergio Corbucci, who mimicked the American blockbuster about the Normandy landings, Leone will want him next to him as a set and costume designer in all his films, starting with the so-called dollar trilogy (A Fistful of Dollars”, 1964; “For A Few Dollars More”, 1965; The Good, th Bad and the Ugly”, 1966). Already from the second title, given the public success with which the first film was received, he can exhibit his real name and in “For a Few Dollars More” he had also lent himself to an extra, in the guise of a banker from El Paso. He will also join the Roman director in the following trilogy, that of "time" (with the exception of “Duck You Sucker”): “Once Upon a Time in the West” (1967) and, after years of gestation, “Once Upon a Time in America (1984). In the latter only as a set designer, while the talented Gabriella Pescucci enters the costumes. For the scenography of “Once Upon a Time in America” a Simi he received the Silver Ribbon in 1985.

A shy and meek character, he indulged - as told by those who had known them - all the habits and manias of Leone who, sleepless pre-Lucan as he was, threw him out of bed and wanted him on the set at dawn to fix all the details of scene, before filming with the machinists and actors began. For the exteriors, the Italian crew made a trip to Spain, near Almeria where the Desierto de Tabernas, with its barren and harsh landscapes, was the ideal setting for this kind of film. Simi who had already rebuilt a dusty western village here for “Bullets Don’t Argue”, he reused the scenes in favor of “A Fistful of Dollars” which was shot at the same time (the productions had low budgets and aimed at saving money). Faithfully following the director's suggestions, it is always in the Andalusian desert that the set designer recreated the Sad Hill cemetery in “The Good, the Bad and the Ugly”, which is still sold today as a tourist attraction in the region. As funding became richer, for some “Once Upon a Time in the West” outsiders, Leone's staff were even able to afford a trip to the Monument Valley Navajo reservation in the USA.