Who Are Those Singers & Musicians ~ Francesco Catania 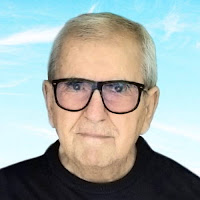 Francesco Catania was an Italian trumpet player and arranger. He can be heard playing as a duo with the great Michele Lacerenza on the track ‘The Trio’ on the Ennio Morricone film score for “The Good, the Bad and the Ugly”. He was the first trumpet of the Orchestra del Teatro dell’Opera di Roma until he was suddenly struck with paralysis of the lips that forced him to abandon his instrument. He was not dismissed but appointed him director of the brass band. He continued to work there but after a few years he became completely deaf and had to retire.

Ennio Morricone commented on Catania, “Francesco was extraordinary, a great man, he could play pieces that were almost uplayable. In the already mentioned “The Good, the Bad and the Ugly”, for which I wrote very demanding parts for five different superimposed trumpet tracks. He mastered all of them – he was the only one who could play them the way they were written. My dedication to Catania was a matter of affection, while my dedication to all other trumpeters was because I was one of them.”