Who Are Those Singers & Musician ~ Mel Carter 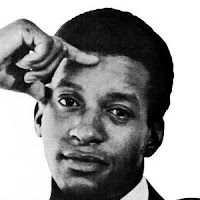 Mel Carter, the man responsible for giving the song "Hold Me, Thrill Me, Kiss Me," a place in pop history, was born and raised in Cincinnati, Ohio on April, 22, 1939. HE began his career there at the age of four when his grandmother held him up to the microphone in a penny arcade recording booth. As it turned out, it was 25 cents well-spent; the unpolished performance had an unmistakable element of raw talent etched into those crude grooves. From that point on, music proved to be Mel's destiny. His name made it beyond the studio to the hearts of many with his 1960s hits. Starting from 1963, he came to the limelight with his first hit. At the time he in his 20s When a Boy Falls in Love came out to great success. The 24-year-old Mel did not know that this song was going to be part of his life legacy at the time. It was with Imperial records that Mel made his area of specialization pop ballad. At the time his cover of Hold Me, Thrill Me, Kiss Me made it to no.8 on Top 10 Billboard Hot 100 Hit and still remains his most popular song. The 1965 song was a huge hit and it earned him a gold disc having sold over a million copies. Other songs followed and found spots on the Top 40 list even though none had success like it did. His other successful songs include, All of a Sudden My Heart Sings. Mel entered the millennium with great expectation. He appeared on Doo Wop 51 in 2001 and Magic Moments: The Best of 50s Pop.