Sergio Leone pioneered the spaghetti western with the stylized violence, morally ambiguous antihero, and Morricone music of the Dollars trilogy. 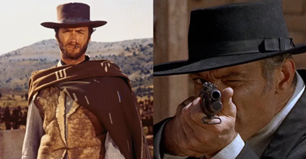 In any discussion of the greatest western directors of all time, Sergio Leone’s name is bound to come up alongside fellow icons like John Ford and Sam Peckinpah. With four bona fide masterpieces (and three other very solid movies) under his belt, Leone is a filmmaking legend. Leone has influenced countless filmmakers over the years, from Martin Scorsese to Quentin Tarantino to his own go-to leading man, Clint Eastwood. Leone was never recognized by the Academy, but he did receive a David di Donatello Award for Duck, You Sucker!, as well as BAFTA and Golden Globe nominations for Once Upon a Time in America.

With the triple whammy of A Fistful of Dollars, For a Few Dollars More, and The Good, the Bad, and the Ugly, Leone pioneered a brand-new vision of the Old West – a decidedly darker, grislier, more violent vision than audiences were used to – and created the spaghetti western subgenre. This trio of groundbreaking westerns (dubbed the Dollars trilogy) exhibits many stylistic hallmarks of Leone’s filmmaking, from blood-soaked violence to music by Ennio Morricone to the juxtaposition of gorgeous wide shots against intense close-ups. 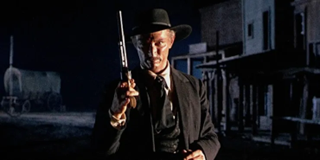 Hollywood westerns like Shane and The Searchers usually tone down their violence with tame fist fights and bloodless gunshot wounds. Leone and his spaghetti western cronies went the other way, dialing up the violence with stylized bloodshed and relentless brutality.

That stylish, uncompromising violence is on full display in all three Dollars movies. In A Fistful of Dollars, a man is beaten and choked, and two guys are crushed by a barrel. For a Few Dollars More has a man being stabbed right through the abdomen and a mother and baby are implied to be shot dead off-screen. The Good, the Bad, and the Ugly has a train robbery with death by rock-bashing and a gruesome interrogation scene with torture by eye-gouging.

4 A Grisly Vision Of The Old West 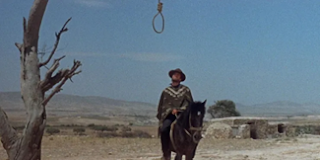 With the Dollars trilogy (and a handful of other westerns), Leone helped to pioneer the spaghetti western subgenre alongside a fellow filmmaking Sergio, Corbucci. Technically, the term “spaghetti western” refers to an Italian-made western, but the subgenre is defined by Leone and Corbucci’s uniquely grisly vision of the Old West.

With movies like A Fistful of Dollars and Django, the Sergios challenged Hollywood’s depiction of the West with a much more gruesome vision of the era. Their protagonists weren’t noble lawmen dedicated to protecting the peace; they were bounty hunters who killed people for money. 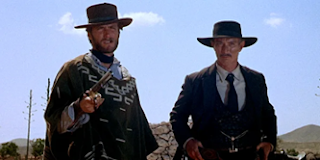 From A Fistful of Dollars onward, Ennio Morricone composed the score for every single Sergio Leone movie. Morricone is one of the most renowned film composers who ever lived, sitting comfortably alongside John Williams, Bernard Herrmann, and Danny Elfman on the metaphorical Mount Rushmore of movie musicians. His grand, operatic compositions revolutionized the music of the western genre, which had traditionally been low-key and folksy, and paired beautifully with Leone’s equally grand, equally operatic visuals.

Morricone’s music from the Dollars trilogy – particularly his score for The Good, the Bad, and the Ugly – contains some of the most iconic compositions in film history. Tracks like “The Trio” and “The Ecstasy of Gold” are as universally recognizable as Williams’ Star Wars theme or Herrmann’s “The Murder” from Psycho. Despite composing some of the greatest movie scores of all time, Morricone didn’t win an Oscar for Best Original Score until he scored Quentin Tarantino’s The Hateful Eight in 2015. 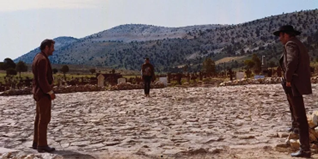 One of the most recognizable characteristics of Leone’s visual style is cutting between glorious wide shots encompassing the entire scene and extreme close-ups of his actors’ faces. In the hands of a filmmaker with less command of the craft, these cuts could come off as jarring. But in Leone’s hands, there’s a real sense of clarity. This juxtaposition encapsulates Leone’s storytelling: large-scale epics with an intimate focus on character.

The most iconic example of this is the climactic showdown in The Good, the Bad, and the Ugly. The titular trio arrives at the site of the buried Confederate gold. This gun-toting standoff has been praised as one of the best-edited sequences in cinema history. Leone and his editors Nino Baragli and Eugenio Alabiso gradually cut closer and closer to the actors’ faces, getting tighter and tighter, until they’re just on the icy stare in their eyes, before cutting back to a wide shot when they all draw their weapons. 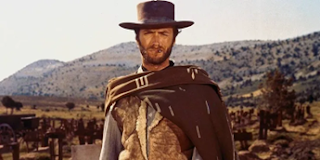 Traditional Hollywood westerns presented black-and-white morals with steadfastly good-hearted heroes taking down irredeemably evil bad guys. Spaghetti westerns shook up the genre by exploring an ethical gray area. Life in the Old West was much darker and more complicated than the standard good-versus-evil westerns would have audiences believe. Thanks to Leone and Corbucci, the whitewashing of frontier life on the big screen came to a swift end.

Movies like The Good, the Bad, and the Ugly – as the title would suggest – presented audiences with characters that lie somewhere between the categories of “hero” and “villain.” The Dollars trilogy’s softly spoken “Man with No Name,” played with smoldering intensity by Clint Eastwood, is one of the most iconic antiheroes in film history.