Voices of the Spaghetti Western ~ “The 5-Man Army” 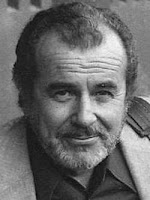 René Arrieu was born in Paris on March 22, 1924. He was a pupil of Julien Bertheau, then of André Brunot at the Conservatory, which he left in 1946.

He distinguished himself in the theater in numerous tragic or dramatic roles and in various styles (note his interpretations of Hugo, Shakespeare, Musset or Claudel, among others, without forgetting the comedy with Molière).

He lent his vocal talents to some illustrious dubbing. In the cinema, he will notably be the voice of the perfidious General Zod in "Superman 2". For TV, we will remember his interpretation of the President of the Interstellar Government in "Captain Flam", as well as that of his first villain: the emperor of space.