Terence Hill has been awarded once again in Italy for his lifetime achievement. He was awarded by the non-profit association "Moige". The word here stands for "Movimento Italiano Genitori", which roughly translates to "Italian Parent Movement". Year after year, the association evaluates series, shows, but also web and streaming content according to how suitable they are for children and young people and publishes these reviews in a TV and web guide.

Now the club has decided to award Terence Hill "for his undisputed acting qualities and for the conformity between the characters he plays and the person he is. “Never exaggerating, Terence is always discreet, respectful and decent, capable of making what he expresses through his acting believable and worth seeing. He is always a source of reflection for a family audience of all ages.”

Moige released a video today thanking Terence for the award. He recounts a long-term encounter with a young mother and her two children who recently saw "The Right and Left Hand of the Devil" in theaters. She asked Terence back then to keep making such movies that she could watch with her children unworried. That's what he stuck to. Terence closes with the words that he misses Italy and will be back soon. 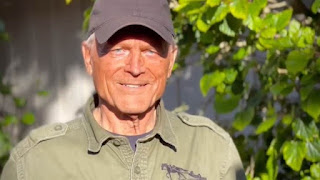