Voices of the Spaghetti Western ~ “Last of the Renegades” 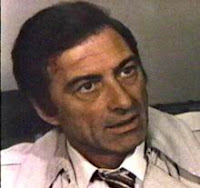 Silvano Tranquilli was born in Rome on August 23, 1925. He attended theater lessons at the Sharoff Academy, and started his stage career with the theatrical companies of Salvo Randone and Vittorio Gassman. In 1959 he made his television debut, and later acted in more than 100 television productions, achieving his main success with the TV-series I ragazzi di padre Tobia. In the early 1960s he also started a prolific film career as character actor. During his film and TV career he also dubbed an occasional film when his schedule permitted. He dubbed the voice of such actors as Lance Henriksen, Raf Valenti and Alan Steel for films and Kevin Hagan, Lee J. Cobb, Jack Warden and William Jordan for TV. He died in Rome, at 71 on May 10, 1997 shortly after his theatrical comeback with the company Stabile del Giallo.