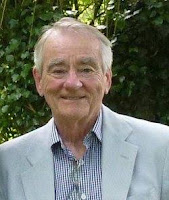 RIP Fred Nolan. Frederick William ‘Fred’ Nolan died at his home in Chalfont St. Giles Buckinghamshire., England, U.K. He was 91. Fred was born in Liverpool, Merseyside, England, U.K on March 7, 1931 and was the foremost authority on Billy the Kid. Fred wrote several books on Billy and the Lincoln County War and also the screenplay for British produced film “Birth of a Legend: Billy the Kid & The Lincoln County War” (2011). Besides that, Fred was the English language translator of all the Lucky Luke comic books.