Who Are Those Singers & Musicians ~ Peter Alexander 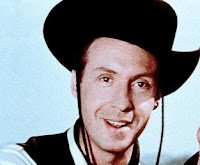 Peter Alexander Ferdinand Maximilian Neumayer was born on June 30, 1926 in Vienna, Austria. He was commonly known as Peter Alexander and attended the Max Reinhardt Seminar for actors until 1948 and then became an actor. He starred in the ‘County Bobby’ and the Lümmel-series.  He started a second career as a TV host and entertainer becoming one of the most popular entertainers in the German-language world between the 1950s and his retirement in the early 1990s. His fame emerged in the 1950s and 1960s through popular film comedies and successful recordings, predominantly of Schlager and operetta repertory. Later, Alexander established himself as the acclaimed host of several television shows. His career as a live singer touring the German language countries lasted until 1991, while he continued his television work until 1996.

After his death, Media Control Charts named him the biggest singles artist ever with 459 songs having charted on the German singles chart. The single "Und manchmal weinst du sicher ein paar Tränen" had the longest run with 34 weeks on that chart, while 2 other songs, "Der letzte Walzer" and "Liebesleid", were able to reach the No. 1 position.  Alexander won 10 Bambi Awards and in 1996 was awarded a Bambi for lifetime achievement.