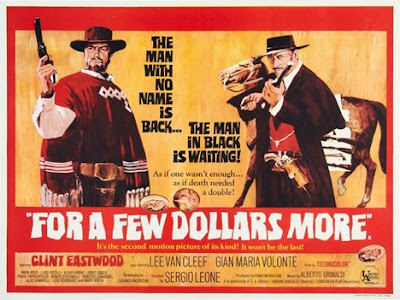 You'd be rather surprised by how many movie poster mistakes have occurred over the decades. One such example is the rare British Quad poster advertising Sergio Leone's A Fistful of Dollars’ sequel For a Few Dollars More (1965). Most would agree the strength of this artwork is very exciting with the two heroes “The Man with No Name” (Clint Eastwood) posing in his familiar poncho and six-shooter, and Colonel Douglas Mortimer (Lee Van Cleef) with his assortment of rifles. All complemented with a lightly tarnished wooden-coloured backdrop. However, one major mistake is evident in the credits. It seems the name of producer Alberto Grimaldi (always in large font) and the musician Ennio Morricone have somehow been jumbled up. The misprint British poster was actually widely displayed outside UK cinema chains for a number of weeks before it was corrected by the printers Leonard Ripley of London, England and replaced with the proper credits. I am glad some of these posters survived as it is a fascinating poster curio. 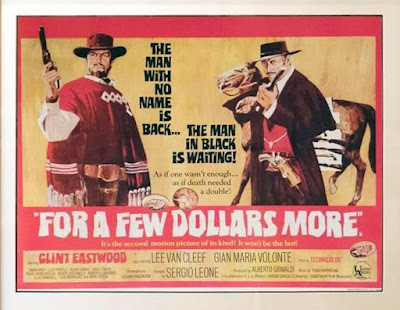