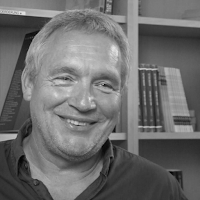 German cinematographer and cameraman Peter Ziesche died in Berlin, Germany on November 3, 2021. He was 65. Ziesche was born in East Berlin on May 5, 1955. He worked with knowledgeable directors such as Frank Beyer, Roland Gräf, Siegfried Kühn and Lothar Warneke. After working for DEFA process, he was a free-creative worker and became a wanted cameraman in the German film and television business. For his work in Bernd Sahlings' successful youth film DIE BLINDGANGER (2004) he was nominated for the German Camera Award. Ziesche was the cinematographer on the 2014 TV modern day Euro-western “Winnetou’s Weiber” (Winnetou’s Women).