Charles Bronson and Almería, from Harmonica to Chino Valdez

November 3, 2021 marks the centenary of the birth of Charles Dennis Buchinsky into a large family of Lithuanian origin. He lived a difficult childhood and worked in a coal mine, which gave him a physique that, together with his "threatening and disturbing smile", in the words of Sergio Leone, would lead him to develop a prolific and successful career in film. both in the western and in other tough man roles, such as police detectives or vigilantes.

We are talking about Charles Bronson. In the book 'Something to do with death', Christopher Frayling recounts how Sergio Leone described it: "It is destiny '[...], a kind of granite block, impenetrable but marked by life". The Italian director had unsuccessfully offered the role of Harmonica for his great work 'Until his time came' (1968) to Clint Eastwood and James Coburn, but finally it was Bronson who got into Harmonica's skin and today it would be impossible for us imagine another actor as such. "A face made of marble. A half-breed who relentlessly pursues his revenge." His choice cost Leone serious disputes with the production companies but finally his gaze, his way of moving, the atmosphere he created around the character, make up one of the pillars of this western masterpiece.

"He is a very lonely person. He would sit with his cap pulled over his eyes so as not to have to see anyone and not have to greet anyone. He always had a rubber ball in his hand, which he was constantly bouncing. It was difficult to obtain a smile from him ". Claudia Cardinale about Charles Bronson in 'Something to do with death' (Christopher Frayling, 2002).

The role of Harmonica in "Until His Time Arrived" (Sergio Leone, 1968) was the great opportunity for Charles Bronson, tired of playing secondary roles in great titles and with the decision made to try his luck in Europe. In a period of four years, there were four Westerns in Almería, always in the role of a mestizo, even an Indian, thanks to his muscular physique and his peculiar features. 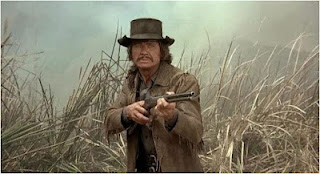 After working under Leone between May and June 1968, in the spring of 1971 he was Link Stuart in 'Red Sun' (Terence Young, 1971) . And if in Sergio Leone's "opera of violence" he shared the limelight with Henry Fonda, Claudia Cardinale and Jason Robards, here he once again formed a true figure poker with Alain Delon, Toshiro Mifune and Ursula Andress. 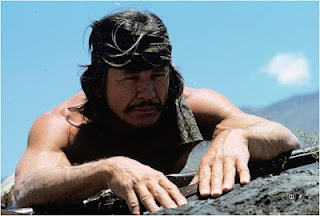 With almost no continuity solution with respect to the filming of 'Red Sun', in May 1971 he placed himself under the command of a director with whom he had a very fruitful relationship in the future. It is related to Michael Winner and 'Chato el apache' (1972) . Again a mestizo, pursued by the ramblas of the Tabernas desert by a party led by Jack Palance. 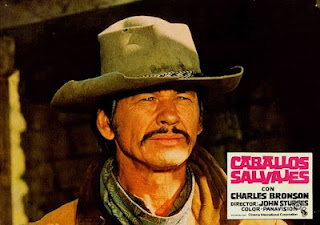 And it would be a year later, at the end of 1972, when Charles Bronson would visit Almería for the last time. Together with his wife, Jill Ireland, and a very young Vincent Van Patten, he starred in 'Wild Horses' (John Sturges / Duilio Coletti, 1973) , a film particularly linked to a location in Almeria, the Black Canyon, between the desert and Filabres, where a ranch was built.

His gaze, his small blue eyes and his imperturbable character are linked to the landscape of Almería and the history of the western shot in this land. This series of images is worth remembering in your center.

In our innumerable routes through the cinephile geography of Almeria, Charles Bronson has earned his place. Many years ago, we baptized as Barranco de Chato a very hidden place where, sometimes with a very high waterfall, the Rambla del Cortijo de la Viña, next to Rmbla Indalecio, ends. 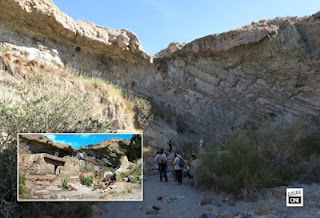 Here a humble hut inhabited by Indians was built in 'Chato el Apache'. For us, forever, that will be the Chato ravine. 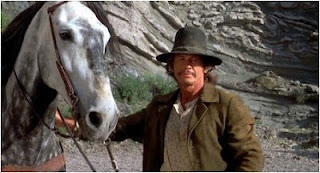