Who Are Those Musicians & Singers ~ Hans Albers 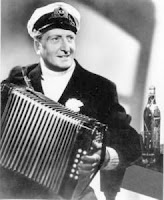 Hans Philipp August Albers was a renowned name in the German film fraternity, who shot to fame during the 1930s and 40s for his exceptional artistic prowess and creativity ingenuity. Born in an average household in Hamburg, German on September 22. 1891, he showed an early passion for acting and started his career in 1911. However, a call for military duties during World War I led to a temporarily suspension of his artistic career. But this did not remain for long and he jumped back into the film scene once he was relieved from his duties. Albers started his career as a theatre personality but soon made it to the big screen. By 1929, he had appeared in more than 100 silent films. Same year, he appeared in the first German talkie film, ‘The Night Belongs To Us’ and rest as they is history. Movie after movie, his stardom grew as he gained a pre-eminent status in the German film fraternity. He was noted for his exceptional acting skills and realistic performances. Interestingly, other than acting, Albers is also remembered for his singing talent and his controversial romantic relationship with Jewish actress Hansi Burg. Albers died in Kempfenhausen, Bavaria, Germany on July 24, 1960.