Who Are Those Guys ? ~ Michael Craig 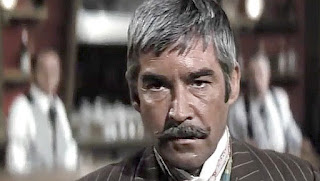 Michael Francis Gregson was born on January 27. 1928 in Poona, British India. The son of Donald Gregson, a captain in the 3rd Indian Cavalry. He moved to Great Britain with his family at the age of three and then to Canada when he was ten. When he turned sixteen he joined the British Merchant Navy and eventually returned to England.

He acted under the stage name Michael Craig and first appeared in the theatre. He started as an assistant stage manager at the Castle Theatre, Farnham in 1950. It wasn’t long before his talents shown began to show. His stage credits include “A Whistle in the Dark” (1961), “Wars of the Roses” (1963–64) and “Funny Girl” with Barbra Streisand (1964).

As well as acting, Craig also became a screenwriter his credits include the highly acclaimed ABC-TV trilogy “The Fourth Wish” (1974), which starred John Meillon in an award-winning performance. He also wrote the screenplay for the feature film of “The Fourth Wish” (1976), which was produced following the success of the television series.

During the seventies and eighties Craig seemed to drifted into television, which were offering him more work than the rapidly declining film industry. His appearances include ‘Arthur of the Britons’, ‘The Professionals’, ‘Shoestring’, ‘Tales of the Unexpected’, ‘Dr Who and Robin of Sherwood’

In private Michael Craig has been married twice, his first wife was Babette Collier and his second is Susan Walker. He is the father of Michael, Stephen and author Jessica Gregson.

Michael is still active in the business, mostly in Australia, where he mainly resides.