Who Are Those Guys? ~ Billy Cornelius 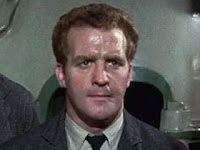 Billy Cornelius was born in Walworth, London, England on August 18, 1934. He is the younger brother of Joe Cornelius who was a professional Wrestler known as Joe 'The Dazzler' Cornelius.  Billy followed his brother footsteps and originally took up boxing as a light heavyweight and in 1958 fought 9 bouts winning five, losing three all by knockout or technical knockout and one draw. He later worked as a fight arranger for British ABC television

Cornelius gave up boxing and took up acting and stunt work in British films. He would go on to appear in several of the Carry On films in the 1960s and 1970s including “Carry on Cowboy” as a rider. His television appearances include ‘The Avengers’, ‘Armchair Theatre’, ‘Z-Cars’, ‘No Hiding Place’, ‘The Saint’, ‘Randall and Hopkirk (Deceased) and Callan’. His last known role was in the 1980 film “The Long Good Friday”.