The Ending Of The Good, The Bad And The Ugly Explained 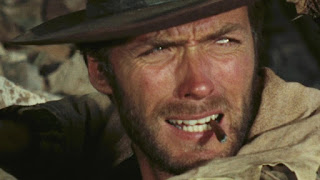 New Western films are as iconic or important as 1966's The Good, the Bad, and the Ugly. As part of the massively successful Dollars Trilogy from Italian director Sergio Leone, it is commonly considered one of the greatest Westerns of all time. Vulture even put it at number 12 on its list of the "50 Best Western Movies Ever Made."

The film (and the trilogy) follows one of Clint Eastwood's most famous characters, The Man With No Name. In this third entry, The Man (referred to as "Blondie") finds himself in a hate triangle with two other outlaws searching for a fortune hidden away in a cemetery. The film's secondary hero, Tuco (Eli Wallach), was once Blondie's partner, but the two had a falling out after Blondie left him stranded in the desert. Rounding out the trio is Angel Eyes (Lee Van Cleef), a conniving mercenary with a penchant for brutality.

Like many Western films to come, The Good, the Bad, and the Ugly was shot in Italy and Spain (a practice which led to the subgenre, "Spaghetti Westerns"), and much of the cast and crew were from these regions (via IMDb). This led to a new portrayal of the Old West, free of many American romanticisms, that left a large impact on the genre. In fact, many people read Leone's movies as satire. After a running time of nearly three hours, what does the movie's ending mean, and what does it say about Westerns? 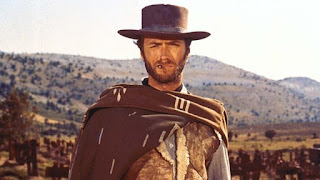 How does The Good, the Bad, and the Ugly end?

The ending of The Good, the Bad, and the Ugly culminates in one of film history's greatest gun duels. Before reaching the cemetery, the eponymous characters have teamed up and double-crossed each other beyond all reason, and only Blondie knows what grave hides the gold. All three men supposedly want the money for themselves. To determine who walks away rich, Blondie writes the name of the grave on a rock and the three prepare for the shootout of a lifetime. Only two men are left standing with their shares of the gold at the end of the film, but only one rides away with a smile on his face.

Of course, Blondie is the one cracking a smile. When the guns finally go off, Blondie is quick to put down Angel Eyes. Tuco fumbles with his gun, only to discover it is empty. Always one step ahead, Blondie reveals that he emptied Tuco's revolver the previous night. He also never wrote down the treasure's location, betting that he could deal with Angel Eyes. However, he doesn't kill Tuco. Instead, he leaves Tuco hanging from a noose with only a precarious foothold holding him up. Blondie rides away, making Tuco think that the American was leaving him for dead, before Blondie shoots the rope in half from afar. 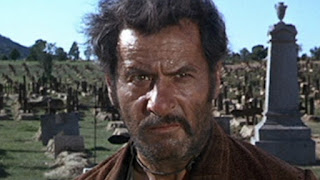 A core component in many of Leone's Western characters is amorality. The heroes of The Good, the Bad, and the Ugly ride a fine line between righteous and despicable. Even Blondie, the "Good" in the film, is not above betrayal, murder, and the temptation of greed. What makes him good is his craftiness and willingness to sympathize with others, despite some cruel actions. In playing his final prank on Tuco, Blondie shows that he is above neither murder nor mercy.

This is a stark contrast to the characters portrayed in many American-made Westerns, where heroes were morally justified and resembled chivalric knights more than rugged survivalists. The real Old West was hardly so accommodating for there to be clear-cut heroes and villains, especially in the case of outlaws.

In Leone's Old West, there are no heroes. At best, the good guy will put you in a noose and make you think you're going to die just for laughs. A wide-scale conflict like the Civil War, a key backdrop throughout the movie, is presented fairly neutrally. The Confederates surely aren't antagonists, and Angel Eyes poses as a Union soldier. If anything, the resulting bloodshed is painted with an air of meaninglessness rather than heroism. 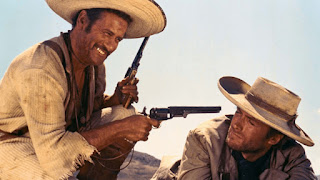 Americans responded negatively to the film

Many American critics responded negatively to the film's portrayal of violence. It lacked the familiar features that defined Westerns, which were never considered high art. However, The Good, the Bad, and the Ugly remained successful in spite of critical reponse. According to MentalFloss, veteran Western icons like John Wayne were pressured into being a bit more dastardly.

'I don't shoot anyone in the back," Wayne told his director after being asked to do so for The Shootist. "I don't care what [Clint Eastwood] would have done."

Yet soon after, Eastwood would replace Wayne as the new standard for the American cowboy. Likewise, Leone's films would go on to influence cinema and television both inside and outside the Western genre in films like Once Upon A Time In Hollywood. Furthermore, Leone's influence would escape the world of film and leave its mark on other mediums. The popular video game series Red Dead Redemption owes the appearance of its first protagonist to The Man With No Name.