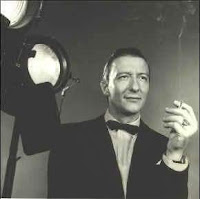 Italian composer, arranger and musician Amedeo Tommasi died in Rome, Italy on April 14, 2021. He was 85. Amedeo was born in Trieste, Italy on December 1, 1935. He began taking piano lessons at the age of 6 and was thought to be one the most talented pianist of his generation, Tommasi came to light in 1960, during a radio transmission entitled "La coppa di jazz". He joined trumpet player Chet Baker’s group in 1961 and then worked as an arranger for RCA Italy. He became a film composer towards the end of the 1960s. Amedeo worked with Ennio Morricone for over 20 years providing him with electronic sound material for his films, and subsequently collaborated with him on the music for the film “The Legend of the Pianist on the Ocean” by Giuseppe Tornatore. He composed the score for the 1967 Euro-western “This Man Can’t Die” starring Guy Madison.
Posted by Tom B. at 5:24 PM