Who Are Those Composers ~ Billy Ternent 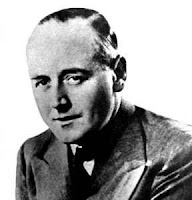 William ‘Billy’ Ternent was born in Newcastle-upon-Tyne, Northumberland, England. He was

a band leader, arranger, multi-instrumentalist, and composer, Ternent was discovered by Jack Hylton while playing with the Selma Four in a Newcastle restaurant. Hylton took him to London where Ternent played in Al Starita’s dance band at the Kit Kat Restaurant before joining Hylton’s showband. From 1927 until the outbreak of World War II, Ternent wrote most of the Hylton band’s familiar top-class arrangements, played several instruments, and served as the deputy leader on broadcasts, recordings and several extensive foreign tours. On leaving Hylton, he led various BBC orchestras for four years before forming his own band in 1944 and touring throughout the UK to enthusiastic audiences. His life-long signature tune was Vivian Ellis’ ‘She’s My Lovely’. From the late 1940s he conducted for numerous West End shows and visiting American artists (Frank Sinatra called him ‘the little giant’), and spent five years, from 1962-67, as musical director at the London Palladium, participating in several Royal Command Performances. He was especially popular on radio, in programs such as Variety Bandbox, where his versatility and superb musicianship were always in evidence. He made his first recordings with his Sweet Rhythm Orchestra in 1938, and among the top musicians and singers who were associated with his stylish and tasteful dance band were Harry Roche, Don Lusher, Tommy Whittle, Duncan Campbell, Stan Roderick, Duncan Lamont, Rick Kennedy, Tony Mercer, Shirley Norman, Margaret Rose, and Eva Beynon. Ternent died on March 23, 1977, London, England.