Dominic Cooper, in Almería for the filming of the western 'That Dirty Black Bag' 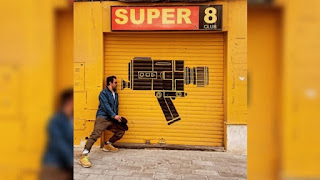 The British actor  Dominic Cooper, star of the series 'Preacher' and Howard Stark in the Marvel Universe, a role he has played in titles such as 'Captain America: The First Avenger' and 'Agent Carter', is  already in Almería to participate in 'That Dirty Black Bag', a TV series that will shoot on location in Tabernas between April 12 and May 22. Debtor of the 'spaghetti western', so closely linked to the province of Almería , the production incorporates elements of terror, mystery and 'steampunk' from the homonymous film that Mauro Aragoni wrote and directed in 2015.

Dominic Cooper, present in films like 'Mamma Mia!' and its sequel, 'Mamma Mia: Again and again', 'Dracula: The Untold Legend', 'My Week With Marilyn' and 'An Education', has not only reached Almería: other members have also arrived with him from the cast of the series, such as Douglas Booth, Rose Williams, Eugene Brave Rock, Christian Cooke and Victor Calero. All have recorded their landing in the province of Almería through different posts on Instagram: they came from Italy, where 'That Dirty Black Bag' has shot for about ten weeks on sets built in the Apulia region.

Although Cooper has not published on his profile any image taken in Almería, he does appear in several of his co-stars, the also British Douglas Booth ('Pride + Prejudice + Zombies', 'The Fate of Jupiter'). For example, one in which he poses in front of the emblematic, and cinephile, shutter of the Super 8 pub, on Trajano street in the capital. Booth, for his part, has published several 'stories' and a photograph from Tabernas in which he says: "Today I have found my happy place. #Almeria #SpaghettiWestern". And in one of the videos you can see a rider in the Fort Bravo-Texas Hollywood town with the overprinted phrase:  "Childhood dreams come true."

From what can be seen in the images, the actors will spend the next few days receiving training at Fort Bravo-Texas Hollywood to shoot sequences on horseback. This is also deduced from the Instagram profile of Londoner Rose Williams ('Reign', 'The Medici: Lords of Florence'), who wanted to make a nice wink leaning on some fences in the town imitating Marilyn Monroe in a photograph of the filming from 'River of No Return'.

The Indian actor Eugene Brave Rock ('Wonder Woman'), the Englishman Christian Cooke ('Los unforeseen of love') and the German Victor Calero ('Anonymous') are other actors of 'That Dirty Black Bag' who are in Almería since the weekend. "We have finished in Italy, the study part is done. Now we are going to Spain to shoot the fantastic locations until the end of May," the German wrote on Instagram.

The arrival of the cast of 'That Dirty Black Bag' coincides with the filming, for three days in locations in the capital Almería, of the Dutch miniseries 'BuZa', directed by screenwriter Frank Ketelaar and producer Robert Kievit, responsible for 'Klem', another fiction of great success in the Netherlands that already has three seasons.

What will be in the black bag?

'That Dirty Black Bag'  ('That Dirty Black Bag') it comes from the eponymous film (with the Italian title of 'Quella sporca Nera sacca') that rolled and wrote the Italian  Mauro Aragoni  in 2015: it was a film very low budget, originally released as a web series, which was awarded at competitions such as Los Angeles Web Fest and chosen by the Italian edition of the magazine 'Rolling Stone' as  one of the ten titles of the year in its genre , along with 'The Hateful Eight', by Quentin Tarantino, and 'El renacido', by Alejandro González Iñárritu, among other titles.

Now, Aragoni has transformed it into a television series, a three-season project with eight episodes of 52 minutes each produced by the Italian company Palomar (among its most recent titles, 'Life Ahead', the film that has meant the return of Sophia Loren to the cinema, and the television adaptation of 'The Name of the Rose') and the Canadian Bron Studios ('Judas and the Black Messiah', nominated this year for six Oscars, 'Joker', the series' Euphoria '). Both companies will sell it around the world while the French Mediawan will distribute the series in France and Italy.

Filmed in English, 'That Dirty Black Bag' will feature local figures, chosen by the Modexpor Casting agency from among people from Almeria who have participated in other projects shot in recent times in the province. Behind the camera, Mauro Aragoni himself, in his debut in a large format production, along with Irishman Brian O'Malley, responsible for the horror films 'The Tenants' and 'Let Us Prey'.

In addition to the actors who are already in Almería, the cast also includes Guido Caprino (the series '1992', '1993' and '1994') and Travis Fimmel, known for his role as Ragnar Lothbrok in 'Vikings' and now in 'Raised by Wolves', available on HBO, although at the moment it is unknown if they will shoot in our province.

The 'The Dollar Trilogy' of Sergio Leone is one of the inspirations for 'That Dirty Black Bag'. Its central character is a bounty hunter who travels through Mexican territory carrying a black bag (with possibly a macabre content) in search of two bandits and while suffering the persecution of a 'sheriff'. An approach that makes it even more coherent for the series to pass through the same land that the Roman filmmaker fell in love with almost 60 years ago and where he shot five of the seven feature films of his short career : 'A Fistful of Dollars', 'For a Few Dollars More'. 'The Good, the Bad and the Ugly', 'Once Upon A Time in the West' and 'Duck You Sucker'. 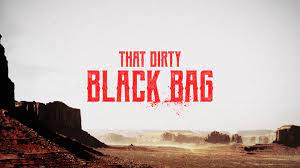