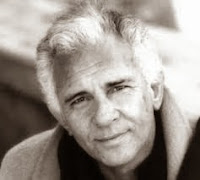 The great Italian actor of theater, cinema and television, died in Rome on May 6, 2018. He worked with directors such as Blasetti, Zeffirelli and Petri and was also a famous voice actor. Born in Brussels, Belgium where his father worked in the Italian Consul, he started his career on radio at the age of 9. Paolo would go on to appear in films, radio and as a voice dubber, probably most famous as the Italian voice of Humphrey Bogart.  Ferrari appeared in the 1973 Euro-western “Another Try, Eh Providence” as a rifle salesman. He was also the voice of Anthony Steffen in "A Coffin for the Sheriff" (1965), Espartaco Santoni in "Raise Your Hands, Dead Man" (1971), Francisco Rabal in “It Can Be Done Amigo” (1972), and Stanley Baker in "Zorro" (1975). Francisco Rabal in “It Can Be Done Amigo” (1972) starring Bud Spencer and Jack Palance.
Posted by Tom B. at 7:20 AM