Issue #1 was about the life and legend of the General Georg A. (Armstrong) Custer. 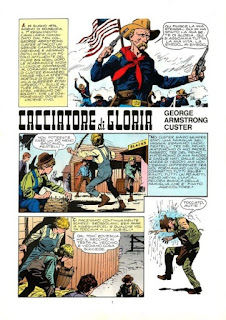