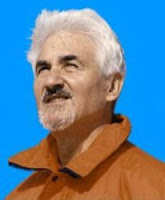 Spanish comic book author Julio Ribera died at his home in Cognin, Savoy, Spain at the age of 91, his family told AFP on Sunday. Ribera was the sketcher of the very original science fiction series 'El vagabundo de los limbos' (Dargaud), with scripts by Christian Godard. Very prolific, he collaborated for a long time with the newspaper Pilote, for which he created the character of Dracurella. Born on March 20, 1927 in a Republican family in Barcelona, ​​Ribera began his career in Spain, before fleeing Franco's dictatorship and arriving in Paris in 1954. Julio illustrated the comic book “Pistol Jim” (1955).
Posted by Tom B. at 6:59 AM