Who Are Those Composers? ~ Javier Elorrieta 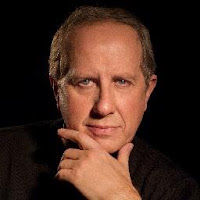 Javier Elorrieta was born in Madrid in 1950 as Javier Elorrieta Pérez de Diego. He began his professional career as a composer for films. Later he collaborated with his father, the director José María Elorrieta [1921-1974]. Starting in 1971 he made several short films and became an advertising director. In 1975 he created his own production company, Origen SA, with which he made several films awarded at different festivals.

In 1979, he directed his first feature film, “La larga noche de los bastones blancos” (The Long Night of the White Canes), for which he won several prizes, including one awarded by the Ministry of Culture to the best new director.

In 2009 Elorrieta edited his first record as an interpreter published by the label Autor, with the title “Ne me quitte pas”, in which he reviews jazz rhythms of French songs. In 2011 he recorded his second album "Boheme - El amor perdido" in the same style. In 2012 he directed the theatrical work Witness of charge of Agatha Christie . In that same year, his third album "Souvenir Souvenir", which mixes bossa nova, jazz and pop is released. In 2014 he published his fourth album "Temps d'aimer", where he re-fuses jazz and French song.