Continuing our search for filming locations for the 1966 film “Navajo Joe”. Apparently a lone Indian has been following the Duncan gang after the massacre. Vee has had enough and sends two men to get him and his valuable scalp. Joe disposes of the two Scalphunters, knifing one and filling the other full of lead. 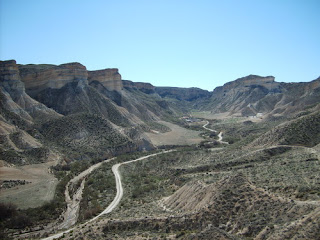 This scene was filmed near Fonelas, Spain in and around a rambla called Rambla de los Bancos. 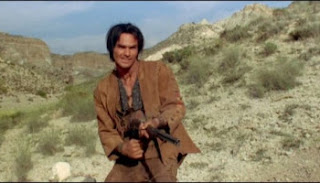